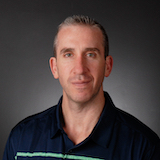 Thirty-six percent of the workforce are considered non-standard today, and that number is expected to rise to 50% by 2025. Encompassing such a significant sector of the U.S. workforce, it is crucial we understand these workers’ unique challenges, so we can design the systems, programs, and products that will better serve them.

What do we mean when we say the non-standard workforce?

The term non-standard worker generally refers to individuals who work outside of a traditional, full-time W-2 arrangement, including:

What are some of the challenges the non-standard workforce faces?‍‍

Historically, workers without W-2 income did not qualify for unemployment benefits, but that changed when the government authorized gig workers’ eligibility as part of the CARES Act. This was good news for the workforce, many who desperately needed these resources, but challenging for states, who were forced to scramble to figure out how to serve this population.

Throughout the past two years, gig workers and state agencies alike have been frustrated with the process. Technologically, benefits eligibility systems are not set up to serve workers without W-2 income. This means complicated manual processes on the part of the workers and the agencies, and significant delay in benefits delivery. Take for example – drivers for Uber or Lyft never receive a W-2 form that aggregates the money they’ve earned from each ride. If they apply for unemployment insurance, they’re tasked with turning over every single ride receipt to their state workforce agency, and the agency has to manually process each printed page.

While pandemic unemployment insurance (PUA) through the CARES Act has since expired, gig workers can still qualify for government-provided benefits like Supplemental Nutrition Assistance Program (SNAP) and Medicaid, and the difficulty they may have in proving income remains. ‍

Without a W-2 pay stub, non-standard workers not only face difficulty proving income for public benefits, but also for crucial financial products and services that are key to building sustainable financial health. Recent survey work found that half of 1099 workers surveyed were denied access to essential financial services, including credit cards, personal loans, mortgages, home or apartment leases, refinancing loans, short-term loans, and vehicle leases. Significantly, 20% of these workers reported being denied access because they were unable to verify current income and 10% cited being unable to verify past income. The report goes on to note that “traditional financing models . . . simply aren’t equipped to take 1099 income into account when evaluating and underwriting loans and other financial services - leaving independent workers behind when it comes to life-changing support.”

Both Credit Karma and Good Financial Cents report that getting access to credit or loans without a W-2 pay stub is particularly burdensome - lenders might require extra documentation, put workers’ finances under a microscope, or, as said, deny them altogether, citing a fluctuating income that might be considered risky for these financial institutions. This creates an unfortunate cycle, in that you need access to credit to build good credit: “When denied financial services due to variable income, [non-standard workers are] prevented from paying into the sorts of programs that would help them build a positive credit history.” These denials and disadvantages can compound, creating a cycle of inequity that prevents these workers - despite their hard work - from accessing long-term financial wellness.

While higher-wage 1099 workers often engage in this type of work by choice, recent research suggests that lower-skilled, lower-income non-standard workers are looking to access training and educational opportunities to train up for higher-paying opportunities.

A McKinsey study found that “Contract, freelance, and temporary workers would overwhelmingly prefer to have permanent employment (62%). This sentiment was most pronounced among first-generation immigrant (76%), Hispanic (72%), Asian American (71%), and Black (68%) respondents.” The report goes on to note that “nearly one-third of contract, freelance, or temporary workers said they had enrolled in training or educational opportunities – more than twice the proportion of other respondents. And two-thirds of these workers said that they were interested in pursuing training in the future, more than double the share of other respondents who said this.

Similarly, Gallup found that 43% of gig workers who report working less than 30 hours of work per week would like more hours.

While some may engage in non-standard work for its flexibility and accessibility, many are trying to secure the skills required for more stable employment.

Because non-standard workers are not guaranteed healthcare coverage by law, this group is less likely to be insured and is more likely to face difficulties accessing government benefits, such as Medicaid or subsidies to help pay for insurance through the Marketplace. A study from Stride, a provider of portable benefits for independent workers, found that gig workers are uninsured at three times the rate of average Americans: 35% of those surveyed were uninsured while only 10.5% of all Americans remain uninsured. They also found that the majority of workers plan to get coverage: 55% of workers who are currently uninsured plan to shop for a new plan or get coverage from another source. Finally, Stride notes that these workers need specific guidance when it comes to subsidies: due to irregular income, gig workers struggle with subsidy qualification. They also still need help claiming appropriate tax deductions to increase subsidy eligibility — 85% of workers didn’t claim any tax deduction when applying for health plans.

What can be done to combat some of the challenges faced by the non-standard workforce?

Non-standard workers deserve equal access to public benefits, healthcare, loans and other resources that may help stabilize and boost incomes and encourage overall financial wellbeing. SteadyIQ has built the only income solution for the non-standard workforce, partnering with employers, governments, and financial institutions to streamline benefits administration, quantify earnings, expand access to credit, reduce fraud, improve outcomes, and increase equity. We look forward to partnering with more organizations to better serve this growing sector of the economy.