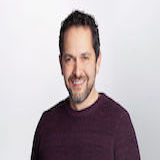 The Government Accountability Organization (GAO) recently published a report regarding the need to transform the design, infrastructure, and integrity of the unemployment insurance (UI) program.

Why this GAO report matters

The report uncovers significant and long-standing UI program and infrastructure challenges, drawing on the perspectives of those involved in the day-to-day of UI administration, as well as stakeholders from the government, private sector, public-private partnerships, and academia.

Detailing the issues with UI administration and outdated IT systems that were exponentially magnified with the influx of applicants amid the pandemic, this report sheds a non-partisan light on the issues surrounding UI delivery and providing recommendations for improving operations.

Key takeaways from the report

Supporting over 5.5 million non-standard workers, we at Steady are pleased that the GAO report consistently mentions workers who earn in non-standard ways and spotlights the challenges that they face as it relates to receiving government assistance. We stand behind the report’s recommendation (Recommendation 2 - pg 66):

“The Secretary of Labor should study and advise the Congress and other policymakers on the costs, benefits, and risks of various options to systematically support self-employed and contingent workers during periods of involuntary unemployment outside of declared disasters, including considering options’ feasibility and approach to fraud prevention.”

Adrian Haro, CEO of the Workers Lab, said in a recent Real Clear Policy op-ed, “despite the fact that an estimated 57.3 million U.S. workers are in non-traditional employment relationships, our systems are still not designed to serve them — and we aren’t keeping up with the pace of change.”

At SteadyIQ, we are dedicated to helping non-standard workers access benefits by seamlessly verifying income, while also helping to maintain program integrity and reduce fraud. By plugging SteadyIQ tools into state agency systems, income verification can be automated – leading to quicker, more accurate approvals. The state of Louisiana found that once they implemented Steady’s income verification solution, the review-to-payment timeframe dropped from about three weeks to only 24 hours. This is further detailed in the recently published report by The Workers Lab, which we invite you to read.

SteadyIQ tools are also transformative from a program integrity perspective. Through our patent-pending processes, we can:

It is encouraging that the GAO report has exposed UI program challenges. We continue to partner with organizations on our common mission to remove barriers to program access and equity while maintaining program integrity.