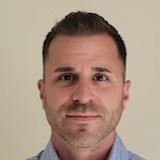 The consumer lending process is largely hinged upon whether the individual seeking a credit product has a W-2 and paystub. With 36% (and growing) of the U.S. earning in a non-standard way, that leaves a sizable subset of credit-worthy individuals that traditional lenders cannot effectively serve.

Who is a non-standard worker?

The term non-standard worker generally refers to an individual who has a non-employee work arrangement. These arrangements include gig workers, temporary workers, subcontracted workers, independent contractors, the self-employed, and informal economy workers.

Underwriting models used by traditional lenders tend to rely on an applicant’s credit score and proof of regular, steady income, posing challenges for nonstandard workers because:

Because non-standard earners generally receive payment without a traditional paystub, underwriters would need to sift through receipts and other paperwork to verify income – a process that tends to be:

Without access to traditional banks and credit unions, non-standard workers might have to turn to payday loans and alternative lenders with less-than-ideal terms and oftentimes, much higher interest rates. For example, members of the Steady community paid on average $6 million in fees and repayments to payday lenders a month.

This puts non-standard workers at a distinct disadvantage, creating a cycle of inequity. Whether they make a lot of money or a little, without a paystub and W-2 to verify their income, they are often unable to borrow through more traditional channels with optimal terms.

Why should traditional lenders care?

Verifying the income of non-standard workers requires technology in the underwriting process built to address these different ways of earning.

SteadyIQ offers an exclusive income solution for the non-standard workforce, which seamlessly and accurately verifies income while reducing administrative time and burden. Automating the income verification process for this group has the potential to widen the consumer base for lenders, while also equipping lenders to better serve their existing banking customers. In doing so, SteadyIQ’s solution can help close the access gap, putting non-standard workers at parity and making our financial system more equitable overall. To learn more about how to utilize SteadyIQ’s income verification tools, please contact us.