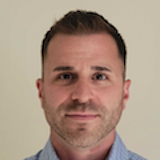 Lenders can use alternative data to verify a worker’s ability to pay rather than relying on credit scores or proof of long-term employment.

Lenders have long relied on the FICO credit score to determine the creditworthiness of an applicant attempting to secure financing for a home, car or other line of credit. But what happens if a person doesn’t have a perfect credit score - or no credit score at all? These barriers exist in a very real way today, disproportionately for people of color who often manage their financial lives using cash, as well as non-standard workers, who are unable to show proof of long-term employment when applying for credit or loans.

Alternative data has the power to drive change for those struggling to access financial products due to poor credit. On our recent live panel (Building Sustainable Financial Futures: Closing the Access Gap for Non-Standard Workers), Nneka Ukpai, Head of Financial Innovation at Better, gave significant insights about the use of alternative data and how it can help close the access gap.

Why Should Alternative Data be Looked to for Lending Decisions?

When lenders use alternative data, they are looking to other factors, such as cash flow or rental history, rather than a traditional FICO credit score, or proof of long-term employment, to gauge risk and make decisions about a loan.

According to Ukpai, “Traditional determinants of creditworthiness are in part to blame for many of the access gaps that we see today. And it's just a fact that people do not live and work and earn and save in the same manner that they did in the 1950s, and the 1960s, and the 1970s, when a lot of these frameworks were created. And so in my view, looking at alternative data is critically important.”

To her point, if people are living, working, earning, and saving differently than they were 50+ years ago, why should historical standards be used to determine creditworthiness today?

Alternative Data and the Non-Standard Workforce

Non-standard workers, in particular, have a hard time checking all the boxes lenders are looking for when approving loans. Many look for proof of continuous employment with one employer, Ukpai pointed out. “When we look at non-standard workers applying for mortgages and not being able to check the box saying that they've worked for the same employer for a minimum amount of time—if we look at their cash flow history and their accounts, if we if we see that their income has not dropped below a certain threshold for a certain amount of time—does it really matter whether or not that income is coming from one employer versus four?” she asked.

‍Research from the Urban Institute proves that someone’s rental history is just as strong of an indicator of their ability to repay as having a conforming FICO score. If an applicant can show a sustained threshold of cash in their accounts for a certain amount of time, a W-2 employment relationship should be irrelevant, Ukpai argued. These alternative sources of data can help make accessing loans easier for everyone who has struggled to meet requirements in the past, including non-standard workers.

50+ Million People Can Benefit from the Use of Alternative Data

The impact using alternative data can make isn’t small, either. According to the Urban Institute, “These data could enable credit scoring for more than 50 million currently unscoreable consumers and raise credit scores for those with thin files.”

Not only does alternative data paint a more complete picture of someone’s ability to pay, it also allows a consumer to control which aspects of their financial lives they want a creditor to look at when making a decision, referred to as “consumer-permissioned data,” since a FICO credit score often lacks transparency and consumers are unable to control when an entity looks at it.

“Currently, traditional credit bureaus generally see only if someone has unpaid utility or cell phone bills that have been turned over to collections agencies. But with consumer-permissioned data, a consumer could permit lenders to access their record of paying bills on time. Instead of only being penalized for missed payments, a consumer could get rewarded for on-time payments,” the Urban Institute said.

Ukpai argued that using someone's past as the sole indicator of their present or future ability to stay current on a loan is inherently flawed.

“I think that we need to make a turn towards common sense underwriting—there's no shortage of data out there,” she said. “Mortgage and insurance have been slow to adapt to this evolving environment. But the good news is we're starting to see a lot more tech integrations, we're starting to see a lot more API integrations, and it's giving us a more comprehensive picture of borrowers in order to enable us to make smarter and faster, and most importantly, more equitable lending decisions.”

For even more insights from our panelists, be sure to watch the full video by clicking the button below.

Addressing the precarity of non-standard workers through direct cash interventions

3 Key Takeaways about the Future of Non-Standard Work

What does the future of non-standard work look like? Here are 3 key takeaways from our recent live panel.

Check out the “CliffsNotes” from our recent live panel